The manufacture of the rear spoiler 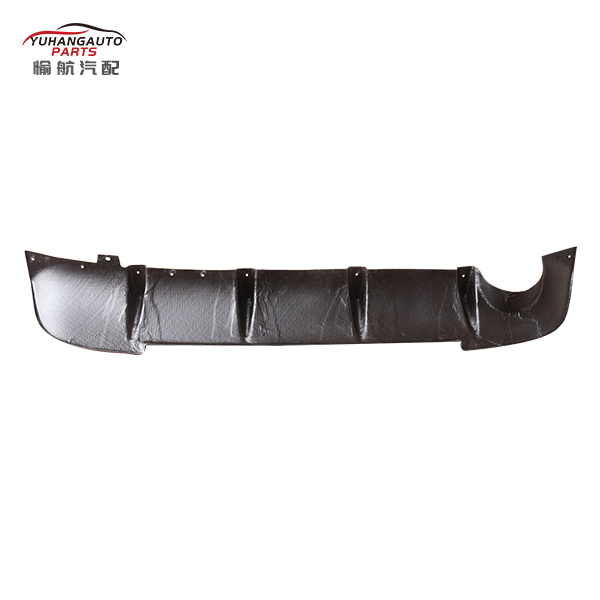 In high-speed driving, the car body is easy to drift, especially when there are big cars on both sides, the car body will shake violently. Therefore, it is urgent to develop a kind of rear window spoiler.

In view of the above technical problems, the utility model discloses a rear window spoiler, which generates downforce during vehicle driving, so as to stabilize the vehicle body, and adopts the shutter shape, without blocking the vision of the rear window, so as to ensure driving safety.

The utility model adopts the following technical scheme to realize the above purpose:

Preferably, the vertical distance between the transverse convex blades is 5-10cm.

Preferably, the number of transverse convex blades is 6-8.

Compared with the prior art, the utility model has the following beneficial effects:

The utility model has the advantages of simple structure, low cost, generating downforce during the driving of the vehicle, thus stabilizing the vehicle body, adopting the shutter model, without blocking the vision of the rear window, and ensuring the driving safety.

The utility model can be widely used in automobiles, can effectively improve the driving smoothness of vehicles and ensure the safety of driving. Besides, it has a beautiful and generous appearance, and can also play the function of sun shading for the rear window of the car.