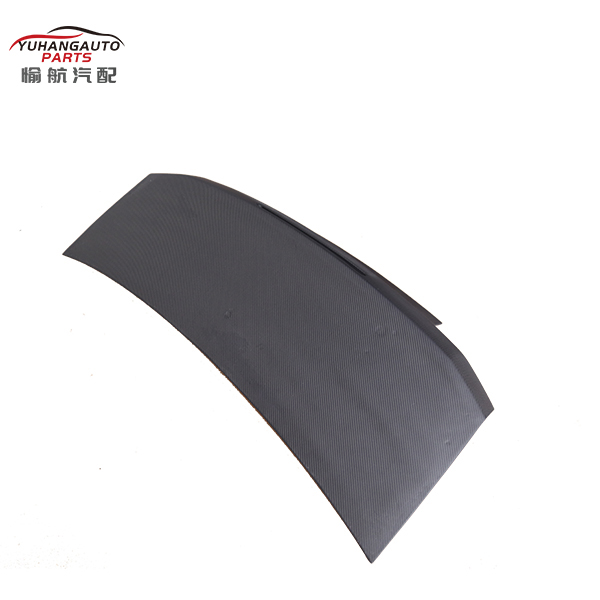 As we all know, the trunk spoiler can not only decorate the appearance of the car, increase the return rate of the car, but also stabilize the car body. Don't underestimate the small trunk spoiler. There are many doorways in it. We must carefully understand before refitting and then install it.

Although there are many small doorways for trunk spoiler, you should know well before refitting.

Not only improves the appearance of the vehicle, but also has the function of stability

What is trunk spoiler? The device with a certain shape and width installed on the outer end of the rear trunk cover of a car is called trunk spoiler, which is also called spoiler and fixed wing. It can play a certain downforce on the air when the vehicle is driving at high speed, which is conducive to increasing the adhesion of wheels and the stability of high-speed vehicles. In addition, it also plays an aesthetic role in decorating vehicles.

According to the principle of aerodynamics, the faster the vehicle speed is, the greater the influence of air resistance on the vehicle forward. Trunk spoiler can effectively reduce and overcome the impact of air resistance when the car is driving at high speed, produce greater adhesion to the ground, so that the car can drive close to the road surface, thus improving the driving stability. The material of trunk spoiler plays an important role in its function.

Trunk spoiler was used in racing car at the beginning. Because of the fast speed of racing car, it will produce a certain lifting force, make the tire lift up and cause the vehicle to float, which will affect the vehicle stability and driving safety. So Automotive Engineers added trunk spoiler to the car, using the principle of aerodynamics to press the body to the ground, increasing the contact force between the tire and the ground. With the increasing speed of cars, trunk spoiler has also been popularized to cars. Even some cars or super cars take the original trunk spoiler as soon as they leave the workshop.