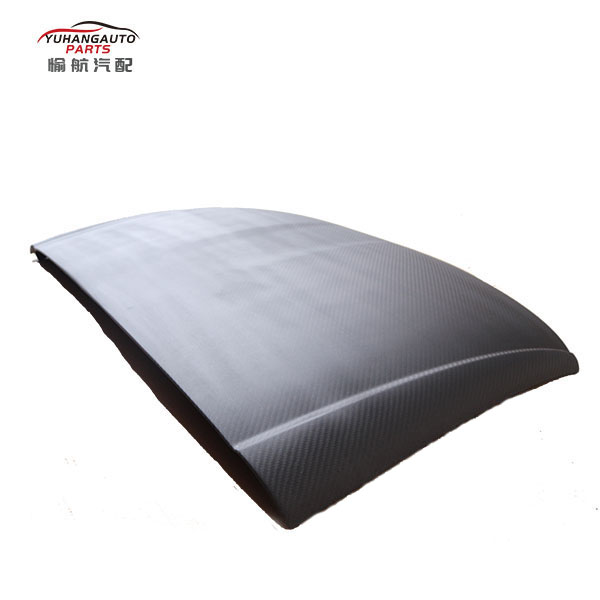 In order to ensure the safety of a car, it is necessary to accept the load-bearing test. The pressure resistance of the car roof is very important, and we often ignore such information in our daily life. We don't know how much pressure the car roof can bear.

The load-bearing and compressive capacity of the car roof is mainly highlighted in two cases. The first is that when a car overturns due to a traffic accident, the roof of the car needs to bear most of the weight of the car. If the pressure it can bear is not large enough, the roof will deform, and the deformation is very severe, people in the car will be injured, and there is not enough space for protection and activities, and it is difficult to escape.

The second is when the car encounters natural disasters such as falling objects in the air, overturning heavy objects or debris flow. For example, in the 2008 Wenchuan earthquake, the roof of many cars will inevitably be overturned and smashed by debris flow, making it more difficult for the people in the car to escape. In the city, a lot of cars encounter the rollover and rolling of large trucks, which will cause serious deformation due to the insufficient load-bearing capacity of the roof, and make it difficult for people to escape from the cars. This will increase the death rate in such traffic accidents.

In the event of a traffic accident, the force that a car needs to bear is not just its own gravity or external gravity. Because of the speed of the car itself or the speed of foreign objects, the instant pressure on the roof is actually greater.

Today's commonly used data rely on the American Highway Safety Insurance Association (IIHS), whose work is mainly to carry out various types of vehicle safety tests and research in Europe and America. In the study of IIHS, the ratio of the applied pressure and the weight of the car itself, which are pressed at a fixed angle on the side of the car roof until five inches of deformation are caused, is obtained, and the ratio has three dividing lines of 2.50, 3.25 and 4.00. The cars separated by these three words are rated as poor, marginal and ACC respectively. Eptable (satisfactory), good (excellent).

Under this criterion, we publicized that the pressure of the 15.6-ton Malibu was 8.49 tons and the ratio was 5.22. And now the common cars are generally more than 4, which can bear more than 6 tons of weight.

These data in tons may not be intuitively understood by some people. Generally, the weight of empty trucks and trucks may not exceed the load-bearing capacity of many cars. However, trucks and trucks are usually loaded, which is easy to exceed the load-bearing capacity of cars. It's unscientific to count high-energy falling objects only by force. At this time, we usually use energy joules to calculate. At this time, ordinary things like flowerpot falling objects will certainly not cause too much damage to the car, but when encountering falling rocks and mudslides, we have to ask for our own blessings.